I wanted to add in an extra post today since its KCW!  I always love participating in Kids Clothes Week, especially since I really only sew for the kids a few times a year.  The theme for this week is Disguise-just in time for Halloween!

My son was off school for the last two days so I’m holding off my KCW sewing until he heads back today.  We had a blast out together on Monday.  We hit two playgrounds, went out to lunch and then walked around Bass Pro (the kids fav!).  It’s really lovely being out with both kids now that they’re older.  They play so well together and Nigel really looks after Ami.  She’s been waiting for a day to go to Miromar (Outlets) playground just so her brother could go on the big twisty slide with her so she wouldn’t be scared. Tuesday we stopped at Panera for parfaits (coffee for me!) and then headed to our local playground.  I’ve gotten so much knitting done at parks lately.   I can knit peacefully while the kids play now that they’re older and so much more self sufficient.

This week my sewing will be focused on Halloween costumes as well as finishing off Nigel’s baby clothes quilt.  You can check out Ami’s here.

Here’s my Costume Sewing Inspiration Board for this year:

I really love Halloween!  Anytime I get to dress up is a fab holiday in my book! Check out my Halloween’s Past Post and Last Year’s Maleficent Themed Halloween!  I’m just waiting on my fabric order for Ami’s Cinderella dress to arrive to start sewing for the kids.

If all goes well Amelie is going to be the most divine Cinderella you’ve ever seen, in French Blue Peace Silk and Organic Velvet!!!!  You can’t get better than that.  We both fell in love with the newest version of Cinderella-the costumes are all so amazing and the movie itself is so typically Kenneth Branagh (love him!), both grand and intimate. It’s a beautifully shot film.

She does have a backup costume of Sofia the First, just in case the fabric doesn’t arrive in time.

I was originally going to dress up as the Fairy Godmother (Helena Bonham Carter!!!! I’ve adored her since Lady Jane and A Room with a View) but time is way too short and I really would rather spend my money on wearable clothes this year.  Ami will get lots of wear out of a dress up dress though. I’m planning on hitting the thrift shops for my costume this weekend.  My two ideas are Coco Chanel beachside (black long sleeve fitted top, my white Holly pants, belt, lots of pearls and cuff bracelets and a turban) or Run Lola Run (red wig, blue cut up tank top, green vintage slacks, black belt and docs).  We’ll see what I find!

I have tons of Halloween Costume ideas on this board too if you need some inspiration!

Nigel has changed his mind quite a few times (Minion, skeleton, Peter Pan) but he’s now set on Smee from the new movie Pan.  He told me “he’s the smart one who’s in charge of organizing everything!” So we need a false beard, aviator cap (got it!), tiny round frame glasses and a big vest with lots of pockets.  I haven’t seen the movie myself so I’m going on the one image I could find of this minor character.  Time to start sewing!

Welcome to Sew Pomona! I’m Rebecca, an embroidery designer and seamstress with a love of pattern making and natural dyes. Follow my adventures as I create a beautiful life for myself and my family.
View all posts by Rebecca →

Welcome to Sew Pomona! I’m Rebecca, an embroidery designer and seamstress with a love of  pattern making and natural dyes.  Follow my adventures as I create a beautiful life for myself and my family.

Sign Up for the Sew Pomona Embroidery Newsletter and be the first to know about special offers! As a special gift all new subscribers receive the newly updated for 2022 SP Embroidery & Sewing Planner.

How to Get started with Embroidery: 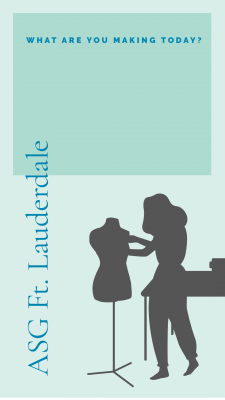 Processing…
Success! You're on the list.
Whoops! There was an error and we couldn't process your subscription. Please reload the page and try again.
%d bloggers like this: